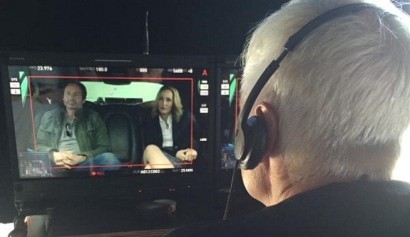 In Case You Missed It: the trailer for Mockingjay Part 2 was released.

Mulder & Scully are officially back on set, and it feels so good.

The original Fantastic Four films were taken off of iTunesa & Amazon.

A 60 second Teaser released for the next film in the Bond franchise — Spectre.